FC Opti: the highlights of amateur football and the national team Truskavets

How to play your favorite game, where to watch matches live and online? Will you be able to become a professional soccer player in the amateur league and earn yourself a hobby? - Answers to these and other questions in this article. 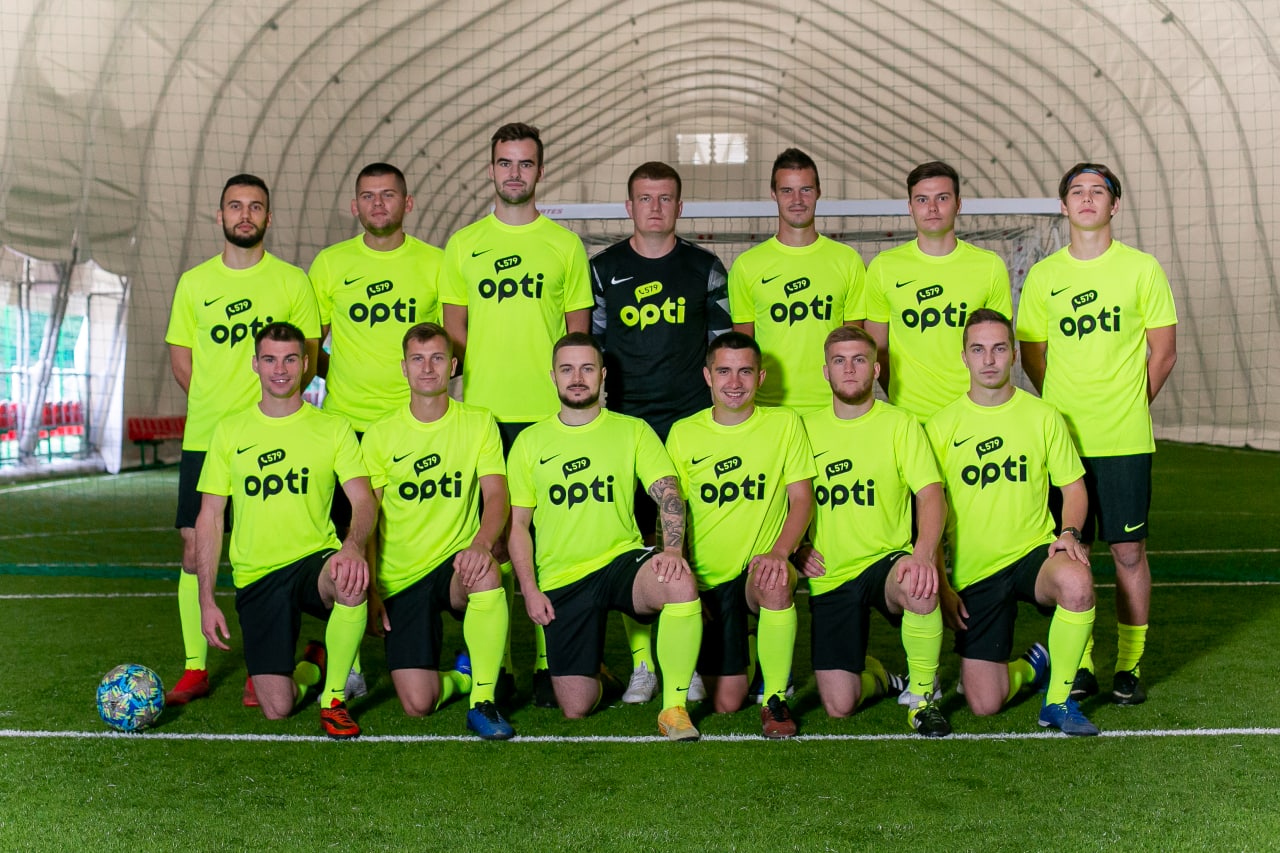 The football team was founded in 2015 under the patronage of the 579 brand. The team under the current name Opti has been playing for more than two years - since the change of the name of the site.

In the six full years since its foundation, the Opti football team has more than 150 players from all over the country. The amateur team has become an excellent training ground for young athletes. In professional sports, 6 players have already started their careers, who in different years have played in a team at an amateur level.

“We are glad that we can help the guys move to a new level in their careers. We hope to support even more of our stadium players in the future, as they started and developed in our sports family, ”said team leader Anton Horowitz.

At the moment, the Opti football team consists of 25 players, three of whom have become professional athletes.

Amateur football in Ukraine: how to combine sports, hobbies and find new friends 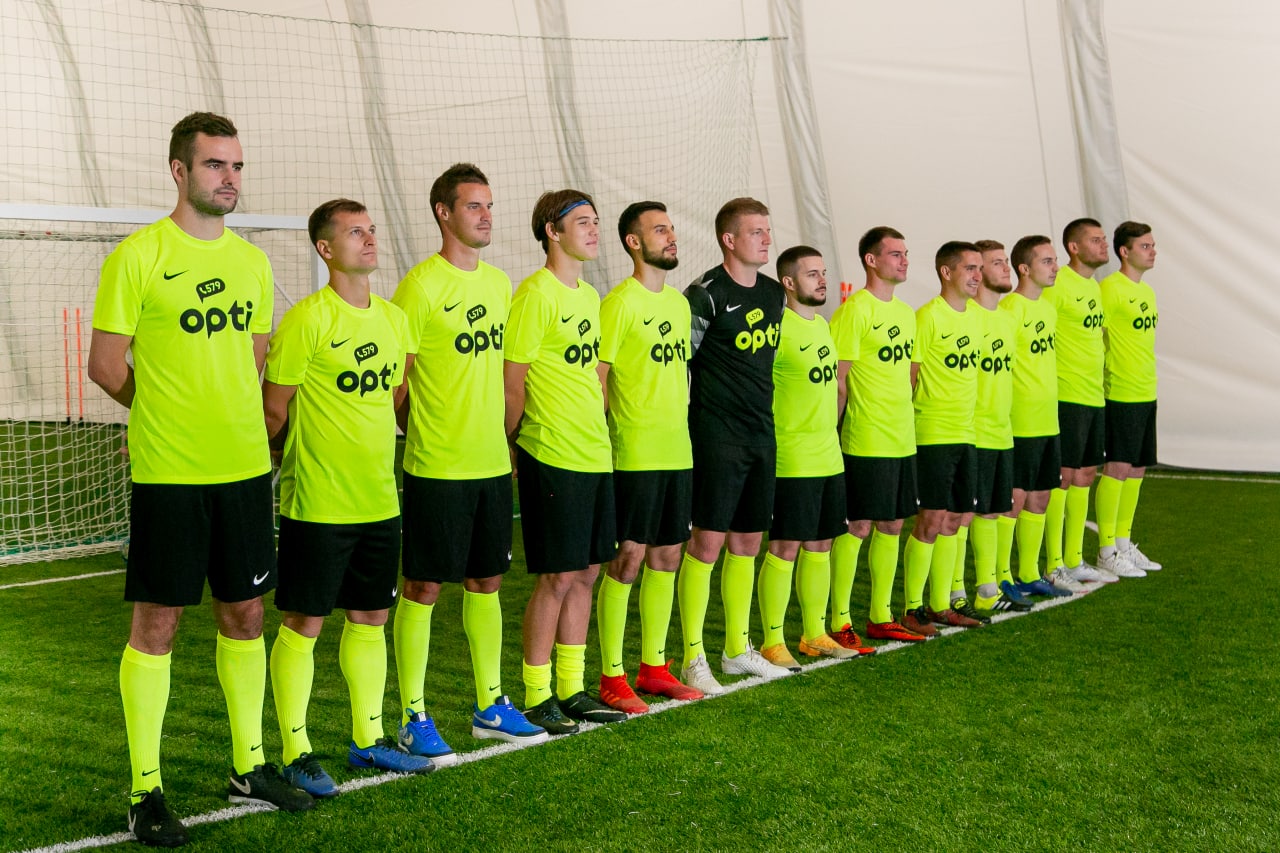 Amateur football in Ukraine is institutionally supported. Yes, FC Opti originally competed in the AFL Amateur League in 8/8 format. The team managed to achieve success in the tournament, taking fourth and second places in the table in different years.

Already in 2017, the team achieved its first success - it won the Championship of the Left Bank (Kiev), after which thousands of players and fans learned about the team.

The first achievement allowed the team to advance in the class and then take third place in the FAS I league at the end of the 2018-2019 season.

Since then, the service team has been constantly updating the trophy list. Thus, Opti won the intermediate matches and became a full member of the FAS Premier League, in which it took 6th place.

According to the preliminary results of the 2021-2022 season. Opti's players are probably among the five best amateur teams in the capital.

Amateur football in Ukraine: how to become a football player or a fan?

If you have never heard of the amateur football movement and want to learn more about it or become a player on one of the teams, we have prepared a short question-and-answer blitz for you.

Where can I find out more about amateur football?

The Opti team has its own social networks - pages on Instagram and TikTok, as well as a news channel in Telegram. There you can always find out the latest news about the team and find out where and when the guys are playing.

Are there fans at Opti Football Club?

This is usually the case. Dozens of fans always accompany the boys to their matches and cheer for them.

Can I watch live matches?

So. All AFL matches are available to watch on the YouTube channel.

Can I become an Opti player?

Perhaps. To do this, you need to contact us on social networks and go through the team selection procedure.

Do you really need to work for a company that funds the team?

Everyone can play Opti Football. You don't have to work for a company that supports an amateur club to play AFL.

The largest taxi service in Ukraine continues to support promising initiatives. This time, Opti Taxi and Opti Global want to help develop modern Ukrainian music. Yes, together with the Ukrainian startup platform Muscreators, we launched a unique project for the international market!

Read more
New OptiBenefit from Sweet TV: we give away the hottest premieres with a promo code

Entering 2023 with gifts! Yes, yes, one of the most popular online cinemas and the largest taxi service has prepared a unique offer for you!

Read more
East West Eurolines and Opti Taxi: get a free ride on an international flight

The largest taxi company in Ukraine and one of the most popular international transport companies are launching a joint promotion that will definitely make your travel easier.

OK! Congratulations on surviving this year) And some of us have not even lost our minds)

If you are reading this post, then you definitely have access to electricity and the Internet. I hope you are safe and can participate in our new giveaway!

2022 has become a difficult and breakthrough moment for each of us. Moreover, the full-scale invasion of our country forever changed the everyday life and economy of the EU countries.

Read more
We look forward to your donation to the military this Christmas!

We hope you are not left in the dark, safe and warm this holiday weekend. But we can live and work only thanks to our defenders!

Read more
Opti Taxi and the Come Back Alive Foundation: Ride around the city and help

Read more
Win a contest and drive around the city: participate in the promotion from Opti Taxi and FC Opti